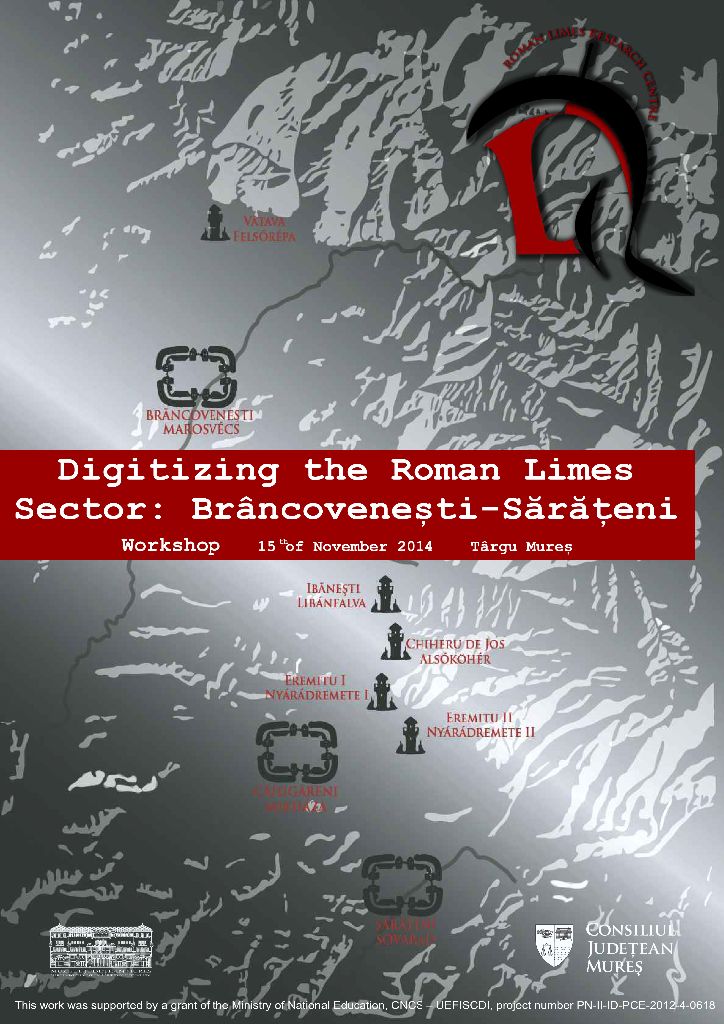 On the 15th of November 2014, an interdiciplinary workshop, “Digitizing the Roman limes. Sector: Brâncovenești-Sărățeni” will take place in Târgu-Mureș, in the Continental Hotel. The workshop, organized by the Roman Limes Research Centre of the Mureș County Museum, intends to offer a general view of the results achieved during the past period of the CNCS-UEFISCDI project (PN-ID-PCE-2012-04-0618). Specialists from different German, Hungarian and Romanian universities and museums will present different aspects concerning the limes section from Mureș County, focusing mainly on the site of Brâncovenești, Sărăţeni, Călugăreni and their surroundings. One can find out interesting information about database development, results of the geophysical-, aerial- and field surveys, as well as about military, social, and historical life of the respective region. The process of digitizing or aspects related to the military daily life and material culture will also represent the subject of further presentations. The papers and discussions will be followed by a round-table discussion where the participants will evaluate the achieved results, and will deliberate further plans, schedules and objectives. 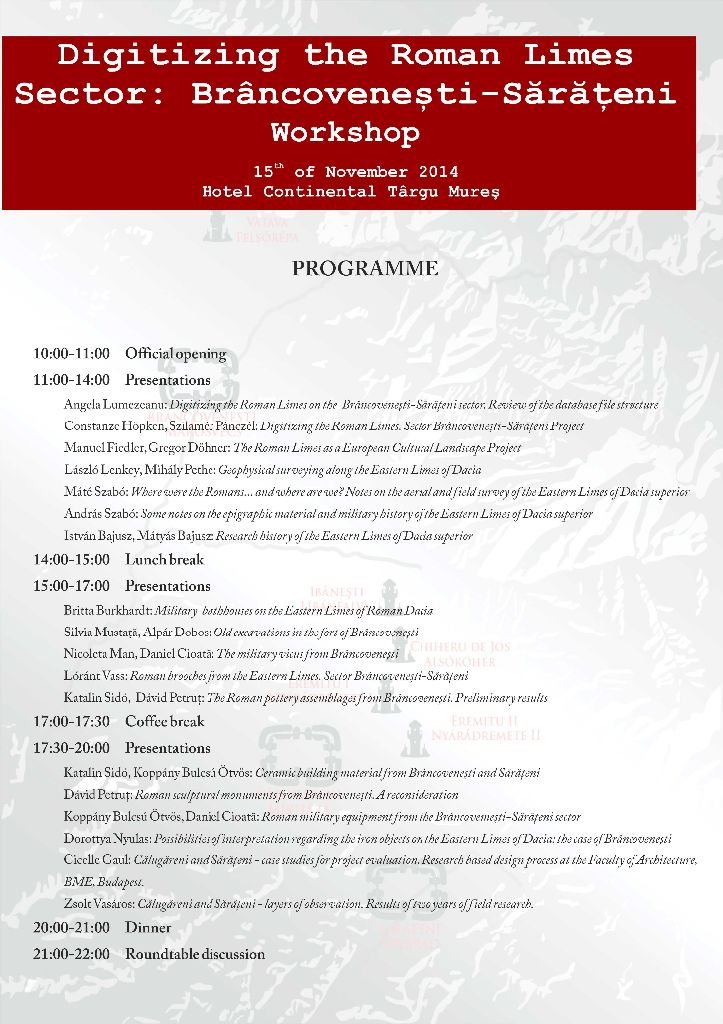