The story of „rolling stones”, „dust in the wind” and the conservation of heritage. Excavations at Călugăreni 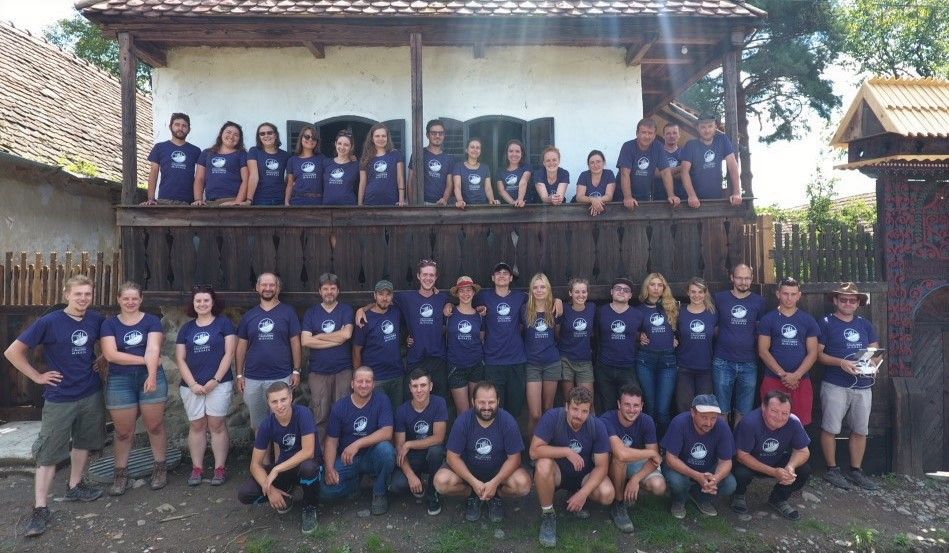 We can happily announce that this years excavation campaign was a success. The research took place in the principia of the military camp and the vicus or civilian settlement, uncovering large areas, which held precious information about the people, buildings and culture that was present 1800 years ago. The team counted 30 people, made out of students and researchers from universities from Berlin, Cologne, Vienna, Cluj-Napoca and archaeologists of the Mureș County Museum.

The research of the principia viewed the south-western part of the building, uncovering several offices, the aedes and the basilica. After four weeks of excavation, the plan of a once monumental building was revealed. Except a few robbing trenches, which only have shown the lowest parts of the foundations, the walls were kept in good conditions, even a nice opus signinum floor was excavated. The vicus team excavated in the north-western part of the settlement, near the Timebox pavilions. The most curious and strange, pipe-like object was unearthed, that we can announce, related to a workshop, but other information regarding this matter will be available in the future publications.

In the meantime, the team also took part in the organization and runoff of the 7R Roman Festival. The day of the festival was sprinkled with water, but even the weather did not stop visitors from enjoying the event. The workshops were saved and moved indoors, we lit up some turibula with incense to evoke the spirit of Roman times. The Barn Theatre was full with curious people, who were seeking the wonders of the Middle-East, watching gladiator fights, military demonstrations and the very popular slave auction.

The one month experience will probably be remembered with joy by everyone. After all, sometimes there was a lot of dust in the wind, although stones were not rolled, but held in their place, where they belong.