Despite the bad forecast we were facing, the weather was in our favour and the Sun was shining the whole day. The beautiful old house and the courtyard in Călugăreni owned by the Mureș Conty Museum were filled with life again. Not only the breathtaking landscape, but the activities also attracted so many people to the little village.

The visitors could get a guided tour of the Roman ite and the TIMEBOX pavilions and see the newly installed holobox, which presents 3D pictured artefacts related to the Roman body care. Children could make diadems, helmets, and could learn about different types of coronae in ancient times. The ones interested could prepare their own aromatic bag or make clay vessels. The main idea of the day and the most popular activity was to present the different vegetable and fruit preservation techniques used in Roman times. We used a colourful range of vegetables soaked in salt and wine-vinegar and fruits dipped in savoury defrutum. The filled glass jars were quite a tasty view. But to deal with so much feast to the eye, we prepared some food also to taste. The intent was to recreate a breakfast or a meal which was present in most of the Roman households. Therefore we prepared two types of cheese cream or moretum put on freshly baked bread, and mustard with almond and pine seeds. From the positive feedback of the visitors and from the fact that nothing remained to our great joy, we can announce that the food and pickles sector turned out really well. Regarding the pickle and the compote jars, we cannot wait to open them at the 7R Roman Festival on the 3rd of August, to which we kindly invite everyone. 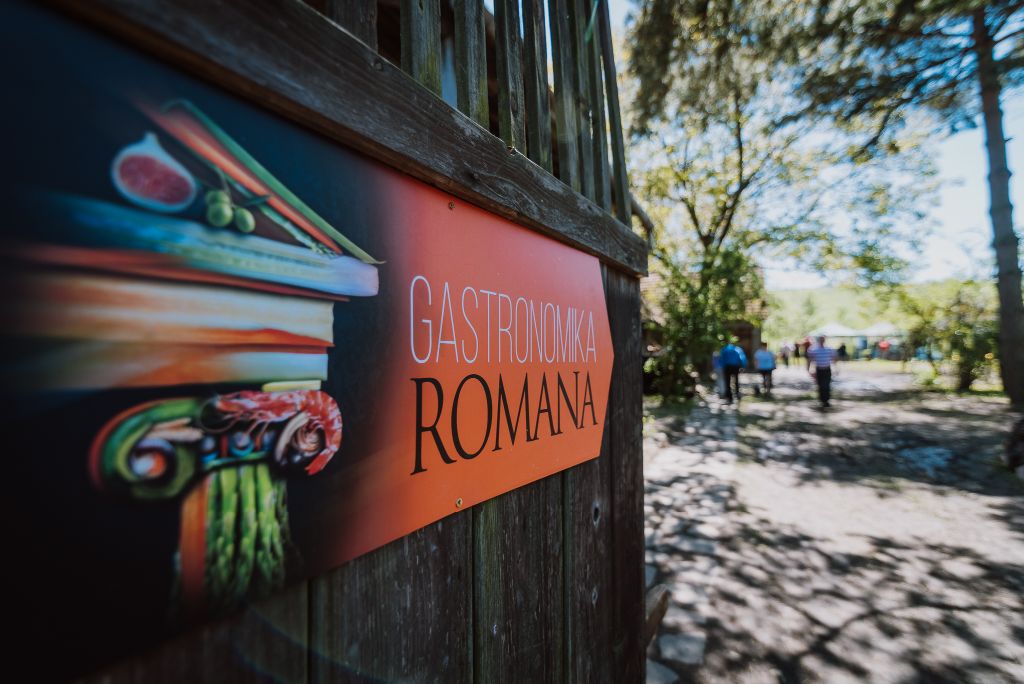 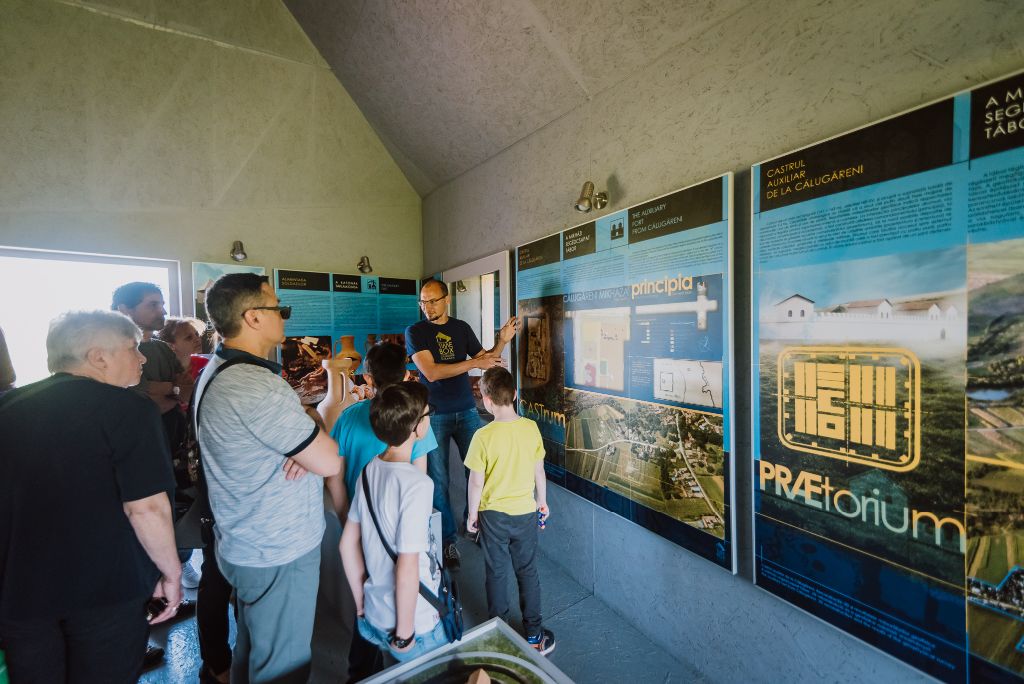 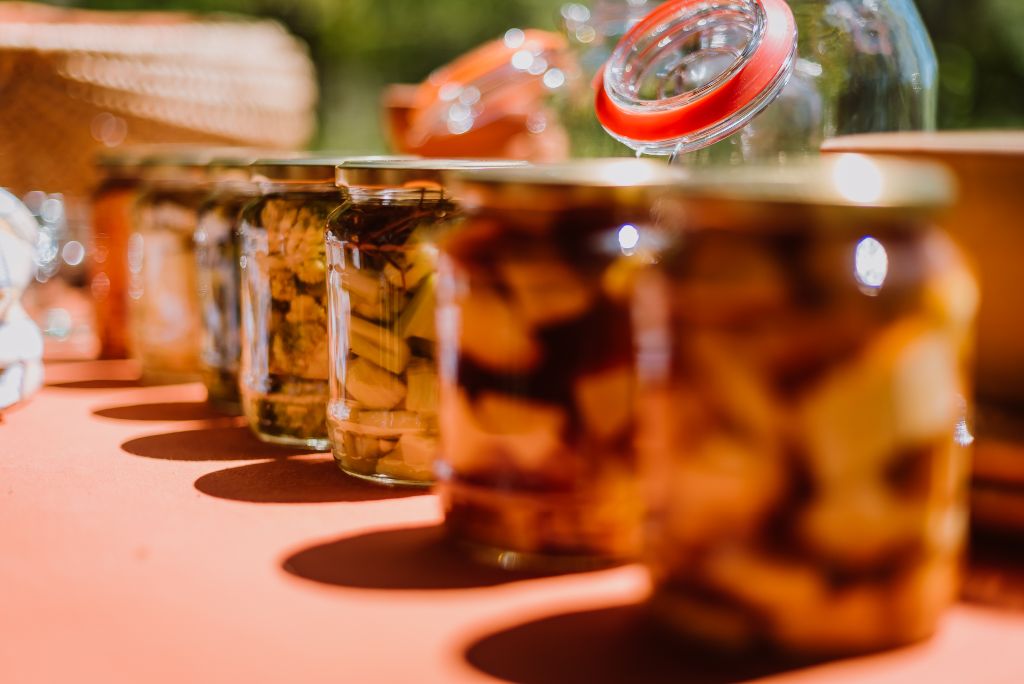 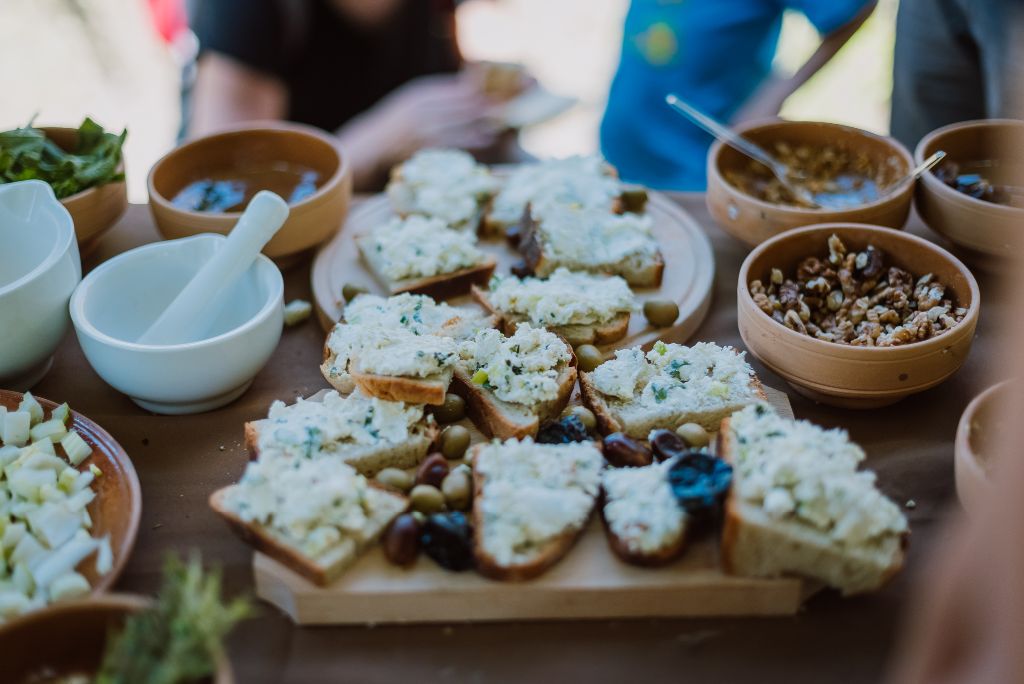