Promoting the Roman heritage of Sărățeni

The Roman heritage of Sărățeni/Sóvárad (Mureş County), its research and the results of recent investigation in the region was presented on a local history conference about Sovata and surroundings, entitled  “II. Helytörténeti Konferencia – 100 éves a szovátai Városháza” (2nd Conference of Local History. The 100 years old Town Hall), which took place on the 21st of September 2013. The dissemination of the Roman heritage of the region was particularly important, since specialists and the audience could enhance the strategically relevance of the area in the Roman period. 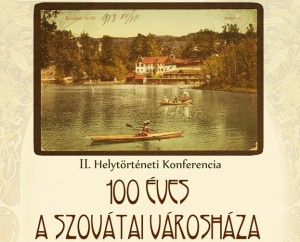