The exhibition “Identity and culture. Three topics, eleven projects. Thoughts on the heritage of the Roman limes” will be opened on Tuesday, 4th of March, 5 pm, at the Museum of Ethnography and Folk Art from Târgu Mureș (Trandafirilor Square, no. 11). The opening will be accompanied by speeches given by Zoltán Soós, director of the Mureș County Museum, Zsolt Vasáros, vice dean, and Cicelle Gaul, lecturer, as well as Ferenc Szélyes, the president of the Barn Theatre Association, Călugăreni.

The exhibition is based on the results obtained by the students and teachers from the Department of Industrial and Agricultural Building Design of the University of Technology and Economics, Budapest, who participated at the summer school organized at Sovata, in the summer of 2013, in the frame of an international project (RLRC – Erasmus IP).

The students had the opportunity of presenting the results of their research at the Students’ Conference organized last year by the University of Budapest. According to the regulation, they had the possibility to propose projects on one of the following three topics:

1. The placement of a pavilion near the ruins of the Roman watchtower from Ibănești, which could represent, in the same time, a reference point in the landscape.

2. The development of an archaeological research centre together with multifunctional exhibition areas using the buildings already existing in Călugăreni.

3. The design of provisional pavilions used for presenting the Roman ruins discovered at Călugăreni.

27 students took part at the conference and they presented 11 projects, each of them coordinated by a teacher. The jury, composed of architects, archaeologists and experts on heritage protection, awarded 5 main prizes and 4 special ones.

The projects will be presented for the first time in Târgu Mureș, as part of the exhibition organized by the Roman Limes Research Centre from Mureș County Museum, which can be visited between the 4th and 30th of March 2014. 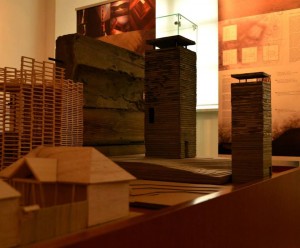 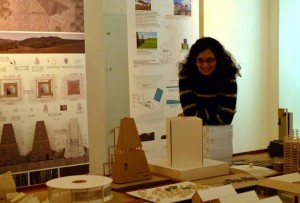 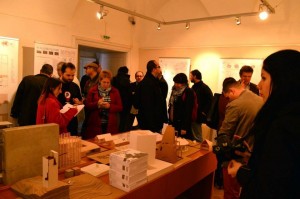 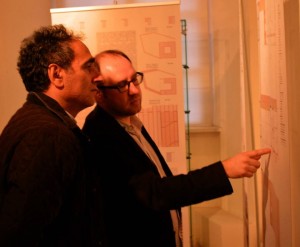