Architectural exhibition about identity and culture

On the the 30th of November (Friday) from 18.30 will take place the exhibition opening intituled Five years of IDENTITY AND CULTURE in the building of the Historical and Archaeological Museum located in the medieval fortress of Târgu-Mureș.

The exhibited objects are results of the collaboration between students and professors of the Department of Industrial and Agricultural Building Design of the University of Technology and Economics in Budapest, works created during the summer-schools organized at Călugăreni. These were attained within an international, multianual research project (THE ROMAN LIMES AS EUROPEAN CULTURAL LANDSCAPE). The students had the opportunity to develop the results of their research in Transylvania, at the Students Conferene organized in the past five years. Within these, the students could analyze the possibilities of turistical potential of the Roman sites and the challenges related to the protection of these extremely valuable heritage. 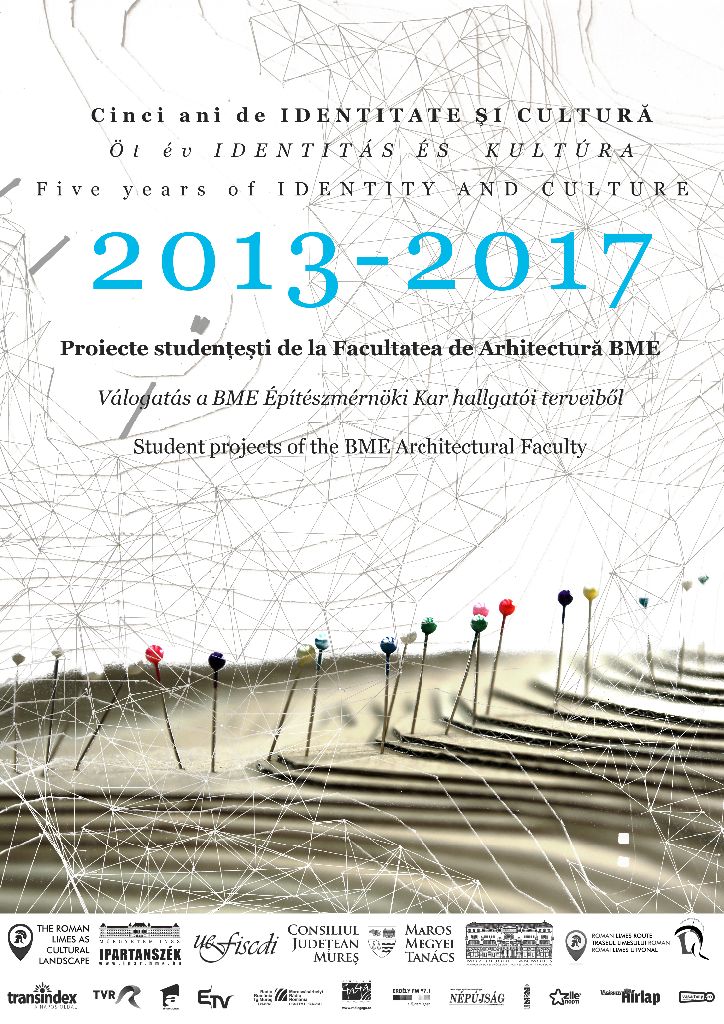 Between the 30th of November and the 2nd of December will take place the 12th Transylvanian Archaeological Conference organized by the Mureș County Museum and the Pósta Béla Association. The event will be held in the building of the Historical and Archaeological Museum located in the Medieval fortress of Târgu-Mureș. The interested ones can participate at lectures presented by specialists in the different fields of historical periods, like prehistory, Ancient history, Migration period and Medieval period. Another interesting group of presentations will be related to research history, presenting the activity of pioneers of archaeology and history from former centuries. 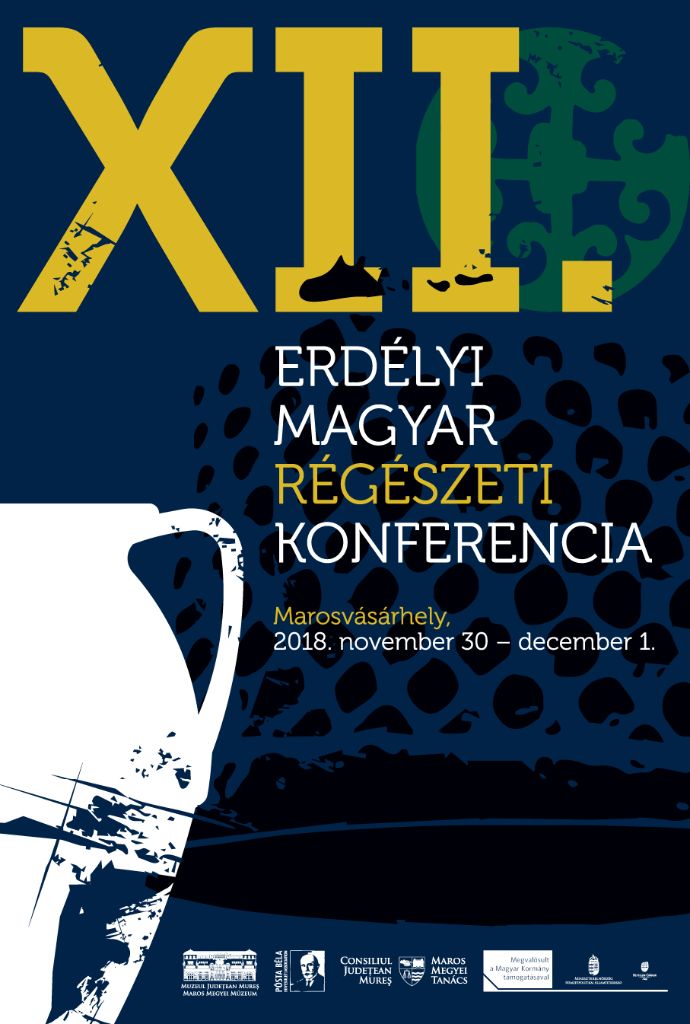 Roman pottery all over – 31st RCRF

Between the 23rd and the 30th of September in Cluj-Napoca took place the 31st Rei Cretariae Romanae Fautores Conference, on which members of our team also participated. The large scale conference gathered specialists of Roman pottery from all over the World. 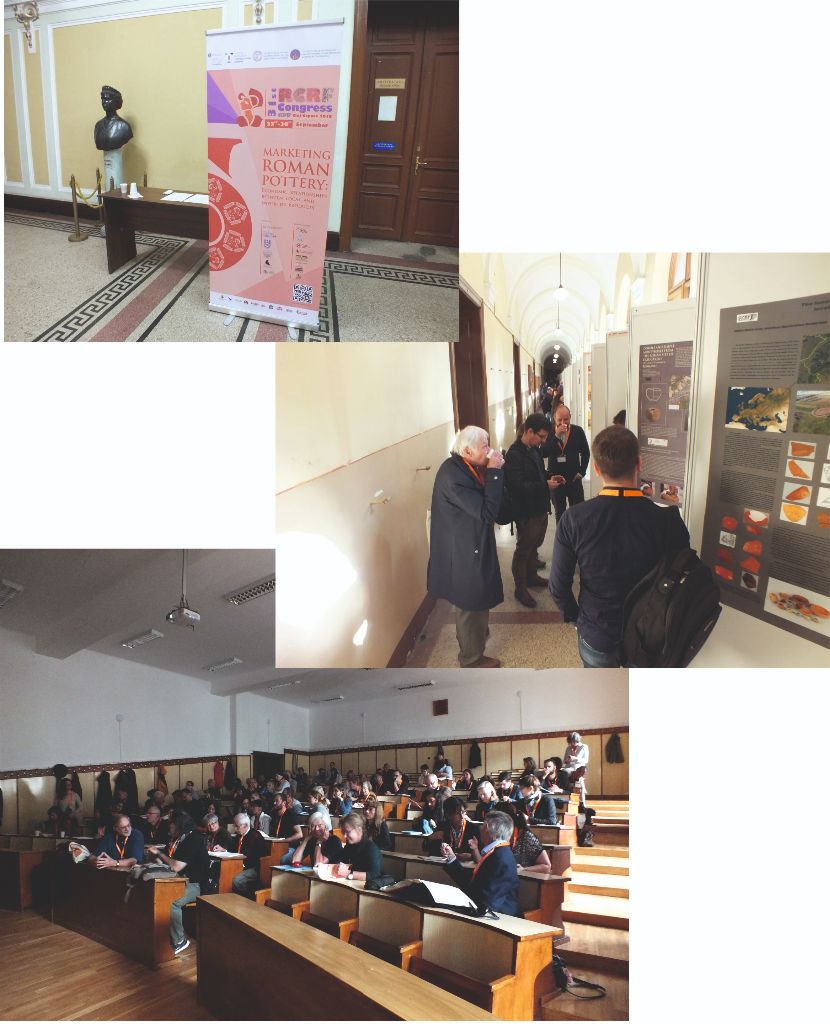 The leading topic of the event was focusing on the economic relationship between local and imported ceramic products. Among the many extremely interesting presentations and posters, the team visited Porolissum, Apulum, Ulpia Traiana Sarmizegetusa and Potaissa, having the opportunity to see in each site the locally produced wares. The exhibition, which gathered pottery from Roman Dacia and Moesia Inferior was opened during the conference, introducing also the Atlas of Roman pottery workshops from these two provinces. 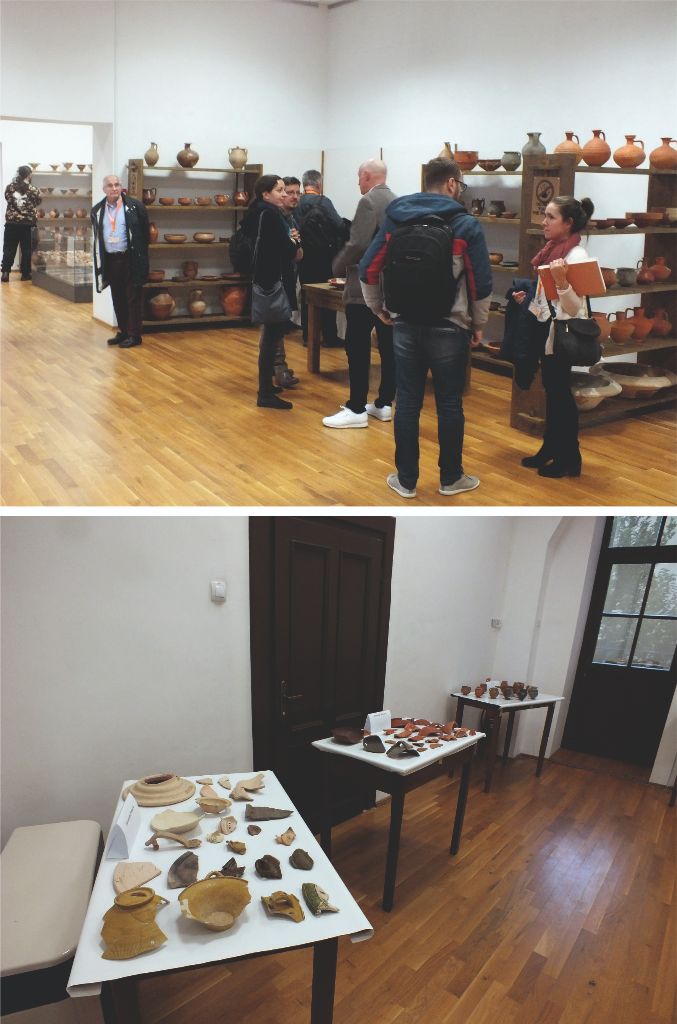 Between the 4th and 6th of May members of our team attended the 12th Conference of Young Romanists, organised in Budapest. The three days conference offered a varied selection of presentations, from numismatics to epigraphy, finds, hygiene issues in Roman times and even legislation. Our team presented different unique finds from the Roman site of Călugăreni.

On Saturday evening the whole team visited Aquincum and the wonderful exhibitions from there, after which the well earned relaxing followed in the garden between lovely people. 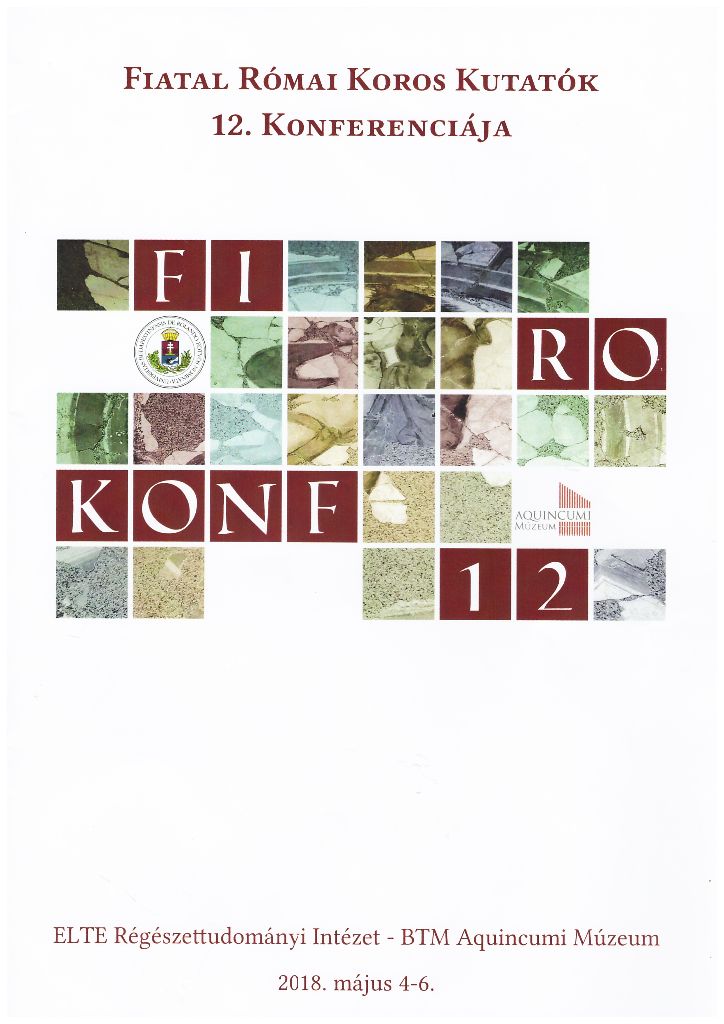 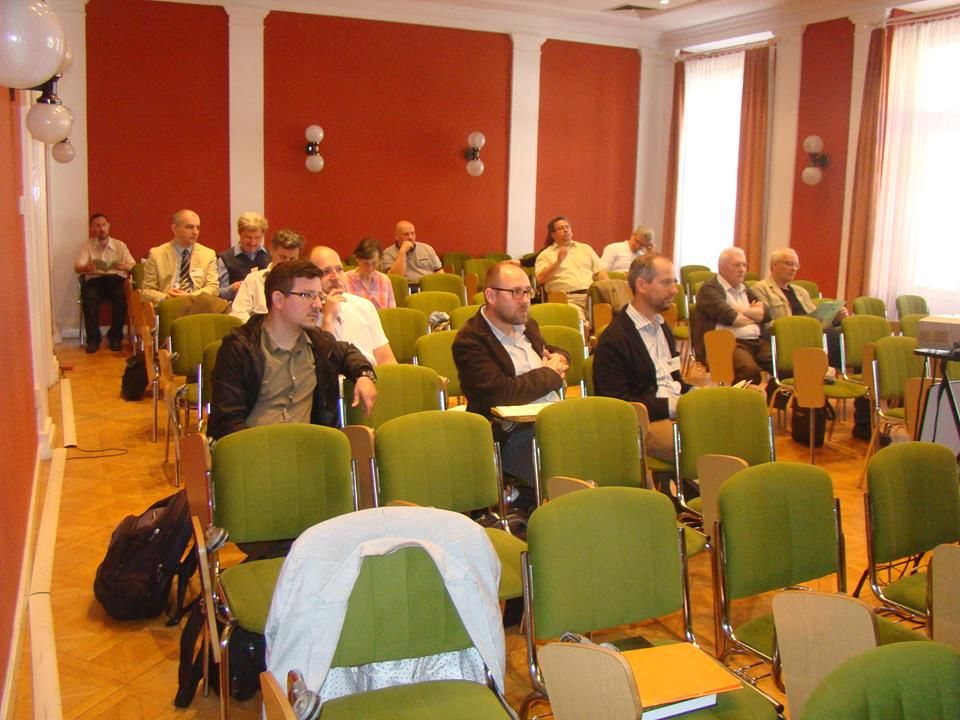 Between the 16th and 18th of May,  a commemorative conference took place in Szeged (Hungary), in honour of two pioneers of the late 19th and 20th century humanities studies: Buday Árpád, historian  and archaeologist, and his son, Buday György, artist.

The first day was dedicated to Buday Árpád, who was born in Transylvania, first working in Cluj and later in Szeged. He was one of the main researchers of Roman epigraphy, Roman provincial archaeology and limes-research. An intriguingly interesting presentation was held by one of our team members about the experiences and research of Buday Árpád in Albania, on the territory of present day Kosovo. On the second day presentations about the life and work of Buday György were held . His work, having its roots in Transylvania and being also influenced by expressionism and folk elements, created a totally apart form of art, appreciated all over Europe.

The conference was culminated by a book presentation about the work of Buday György regarding architectural elements from Szeged and two exhibitions. One of the curators of the exhibition about Buday Árpád was our team member. 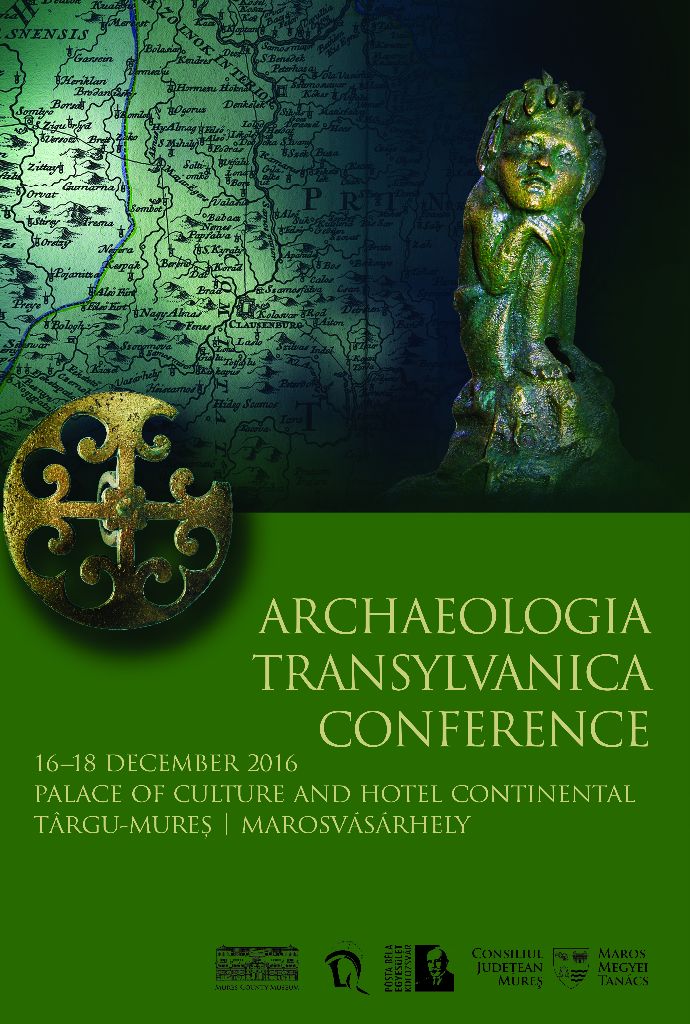 Planned for the last weekend leading up to the Christmas Holidays, the three-day event entitled ‘Archaeologia Transylvanica’ is meant to signal the wrapping-up of the scientific activities for 2016 with a much anticipated book launching followed by a conference on various aspects of Prehistoric and Roman archaeology in Transylvania. The event will gather around 50 specialists in different fields pertaining to archaeology from Romaniaand abroad.

To see the programme click on the link: program-2

Between the 25th and 28th of September, 2016 takes place the 5thBalkan Symposium of Archaeometry at the beautiful location of Sinaia, where of course the eastern limes of Dacia is also represented. Some of our colleagues have the chance to present here a poster about the interesting results of some archaeometallurgical measurements done on iron slags from the Roman sites of Brâncoveneşti, Călugăreni and Vătava.

The programme of the event is available here:

Even though we are pretty worked up at the excavation, the Roman sites of Mureș county cannot remain absent at the Annual Meeting of the AARG (Aerial Archaeology Research Group), held in Pilsen (CZ) between the 7th and 9th of September, 2016.

The topic is of course aerial archaeology, and we will be represented by one of our colleagues and Máté Szabó from the University of Pécs, who will present a poster entitled: The Roman military site from Sighișoara (Romania) – an aerial archaeological approach.

The programme of the event is available here:

Three days of intensive lectures were held in Cluj Napoca about Roman ceramics. The National Conference „Art and Craftmanship – Pottery workshops from the Roman provinces Dacia and Lower Moesia” went on between the 23rd and 25th of June, and attracted more than 70 specialists from all over the country. Three members of our team participated with interesting presentations about the world of pottery production and use. 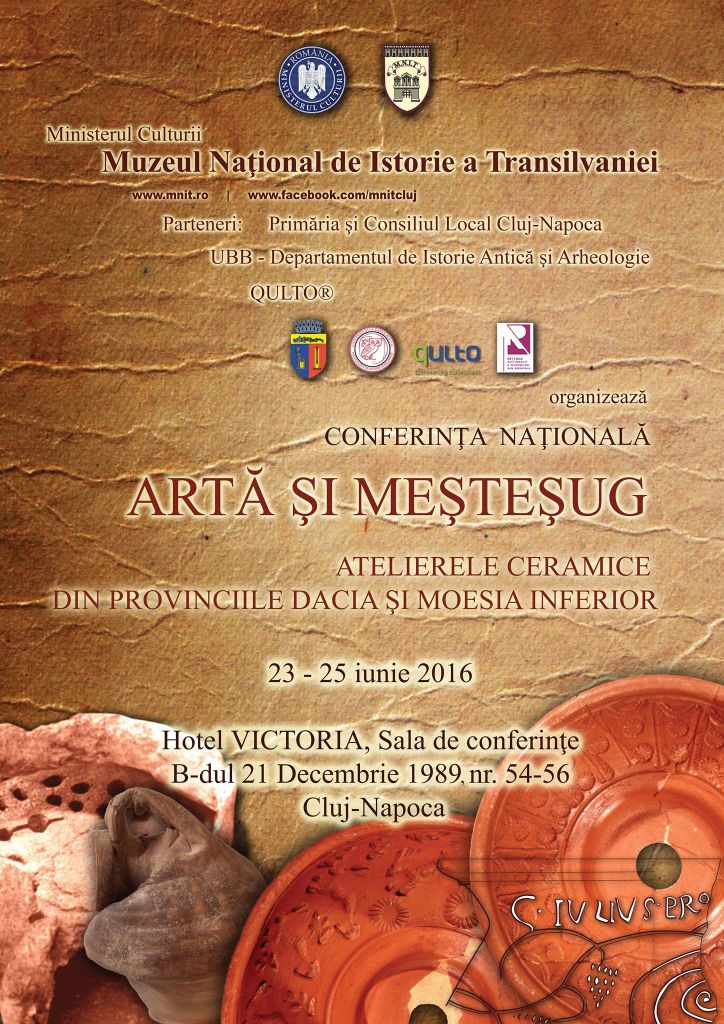 The most impressive thing is to see how varied and unique, but on the other hand unitary is the ceramic material of the two provinces and also of the different regions. The understanding of pottery production leads to the comprehension of commercial routes, exchanges of ideas, the wandering of potters. Some researchers had the luck to find a coin burnt into the body of a vessel, which dated the whole kiln, others made only presumption of production centers after the large amount of wasters. We all, somehow contributed to the better acquaintance of the research of ceramics from the country, changed ideas and remained with a nice memory.

The nineteenth edition of the international conference entitled Roman Military Equipment Conference (ROMEC) took place in Saint Andrews, Scotland, between the 6th and 11st of June 2016, organized by the School of Classics of the University of St Andrews. As the title suggests, the conference was focusing on general and particular problems related to the army, armour and military equipment of the Roman era with special regards to the cavalry. 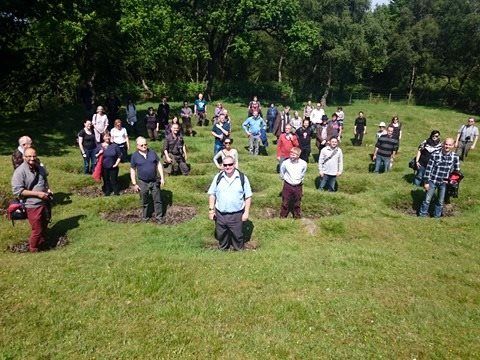 Two members of the Roman Limes Research Centre took part in this event, presenting a poster with the topic: “Newly discovered Military Equipment along the Eastern Limes of Roman Dacia”. 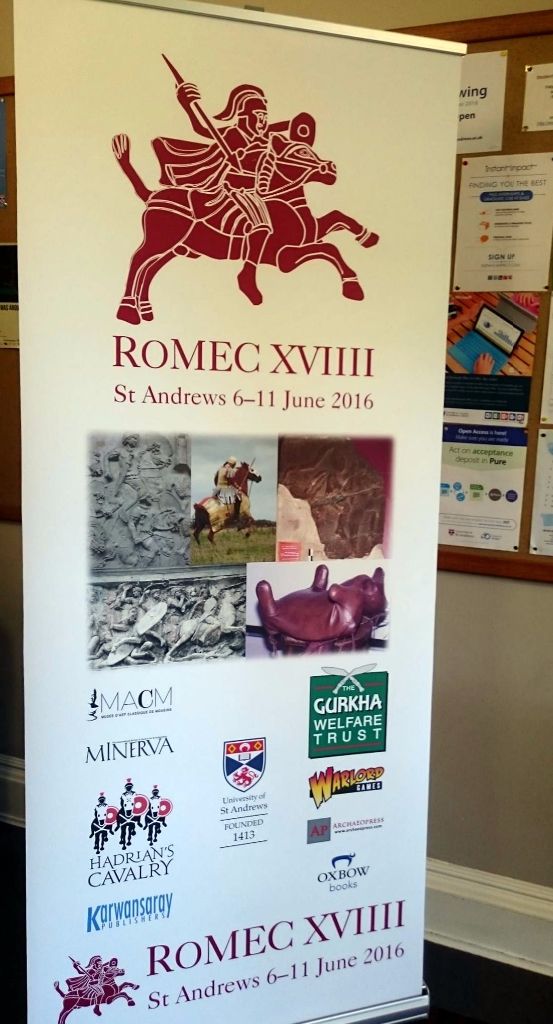