There’s something about Pompeii

It is no wonder that people in most historical times feared the force of nature, and prayed to the gods so that nothing bad would happen. One extreme example that supports the idea of this worry was the eruption of Mount Vesuvius. The angry volcano devastated several cities and farms, burying the whole area with stone and ash. As a result, Pompeii, Herculaneum, Stabiae and the whole area became a sealed history, offering the opportunity to be rediscovered. 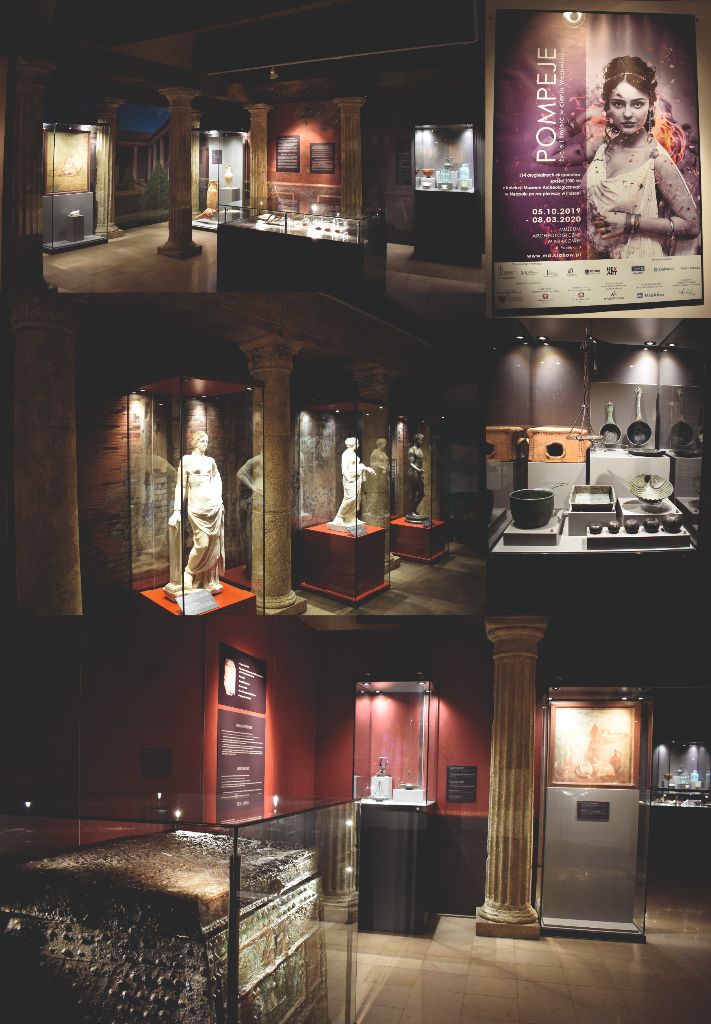 The Pompeii – Life and death in the shadow of Vesuvius exhibition is set in Kraków until the 8th of March, so our team decided to visit it. Frescoes of the highest quality, objects related to everyday life, agriculture, households, luxury, busts and statues of marble and bronze, which once stood in the forum of the flourishing city of Pompeii, testify the grandness which was erased in 20 hours. Of course, the exhibits are gorgeous, but seeing the data about the eruption and the results, one can only have mixed feelings regarding this story.  These puzzles of history, put very well into context in the exhibition must be seen in order to be understood.